The NanoART Imagery Contest successfully exists for several years already, but only last year it became international, what gave OCSiAl the opportunity to support such a great cause as popularisation of nanoscience for the wide range of audiences.

The contest, launched by both artist and scientist Chris Orfescu, aims to raise the public awareness of Nanotechnology in a fun and creative way.

This year jury consisted of representatives from OCSiAl, nRai®, the Nanosciences Foundation in Grenoble, the Collaborative Centre for Applied Nanotechnology in Dublin, the London Center for Nanotechnology, the Interface Physics Group and the Gesellschaft fur Bioanalytik.

Cash prizes for the top three winners were awarded on January 15, 2015 in Grenoble, France. The first prize was presented to the winner Dorian Gaboriau, PhD student at INAC/SP2M/SiNaPS by Max Atanassov, CEO of OCSiAl USA (on the photo). 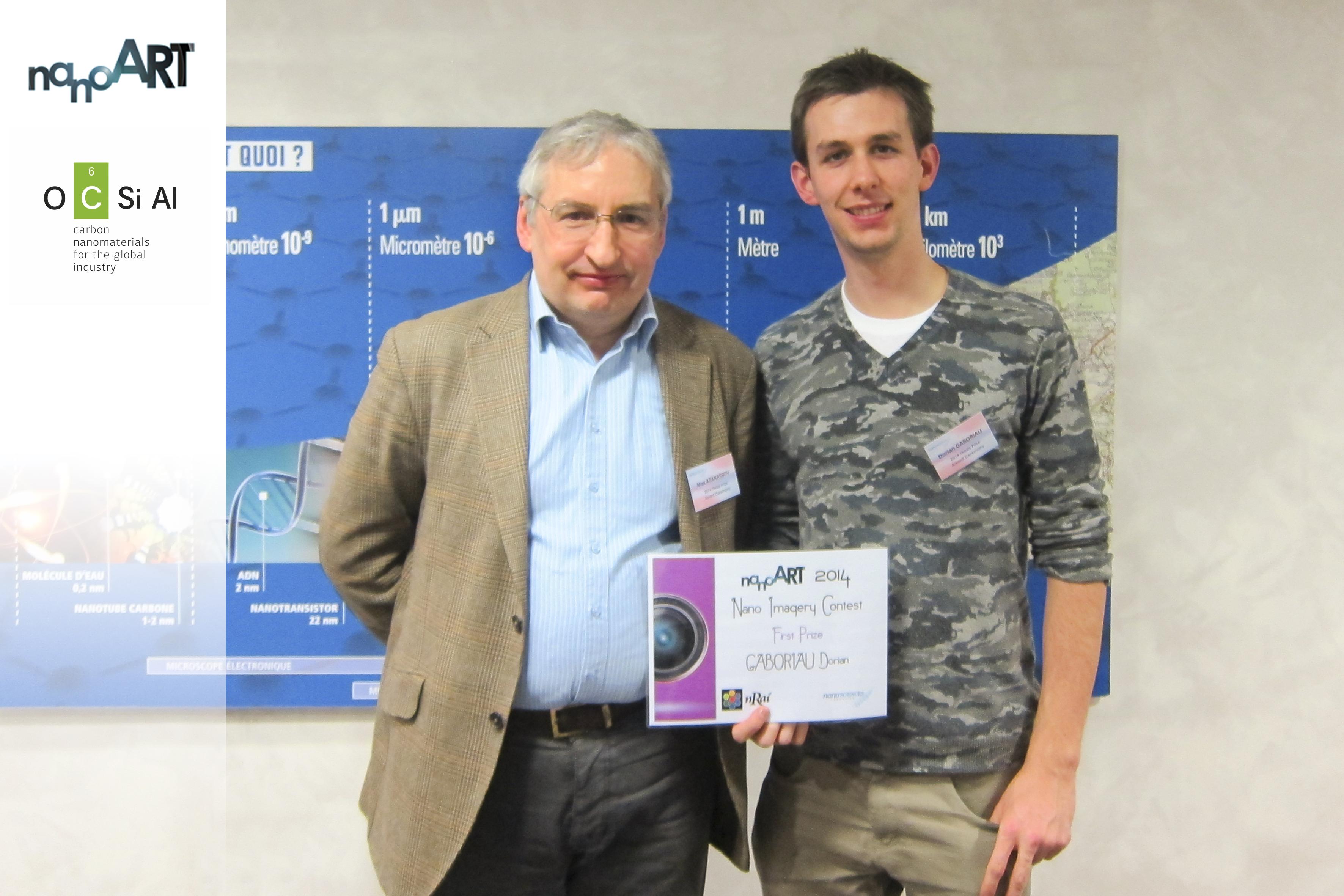 The first prize winner's photos, the other laureates images can be found at official web-site of NanoART Imagery Contest .