Yuri Koropachinskiy, President of OCSiAl, spoke on the impact that nanotechnology, specifically carbon nanomaterials, will have on the future of a wide range of material production. He also spoke on new applications of carbon nanotubes that became possible now with high-quality carbon nanotubes TUBALL. His talk took place on October 8 at Hotel New Otani, Tokyo, Japan. There were around 60 participants from Japanese business and scientific community at the meeting. More than 20 samples of TUBALL were distributed after the event.

Two days prior to the meeting in Tokyo Yuri delivered speech at STS Forum 2014 - the 11th invite-only Annual Meeting of the Science and Technology in Society forum, held from October 5 - 7 in Kyoto. Yuri's talk touched on alleviating the environmental burden that constant materials production creates, by using carbon nanomaterials as a universal additive to make stronger plastics, composites, construction materials, and better batteries, and in turn using fewer raw materials to achieve the same level of performance. Until now, the problem with carbon nanotubes was their extreme cost – a problem that OCSiAl has solved. 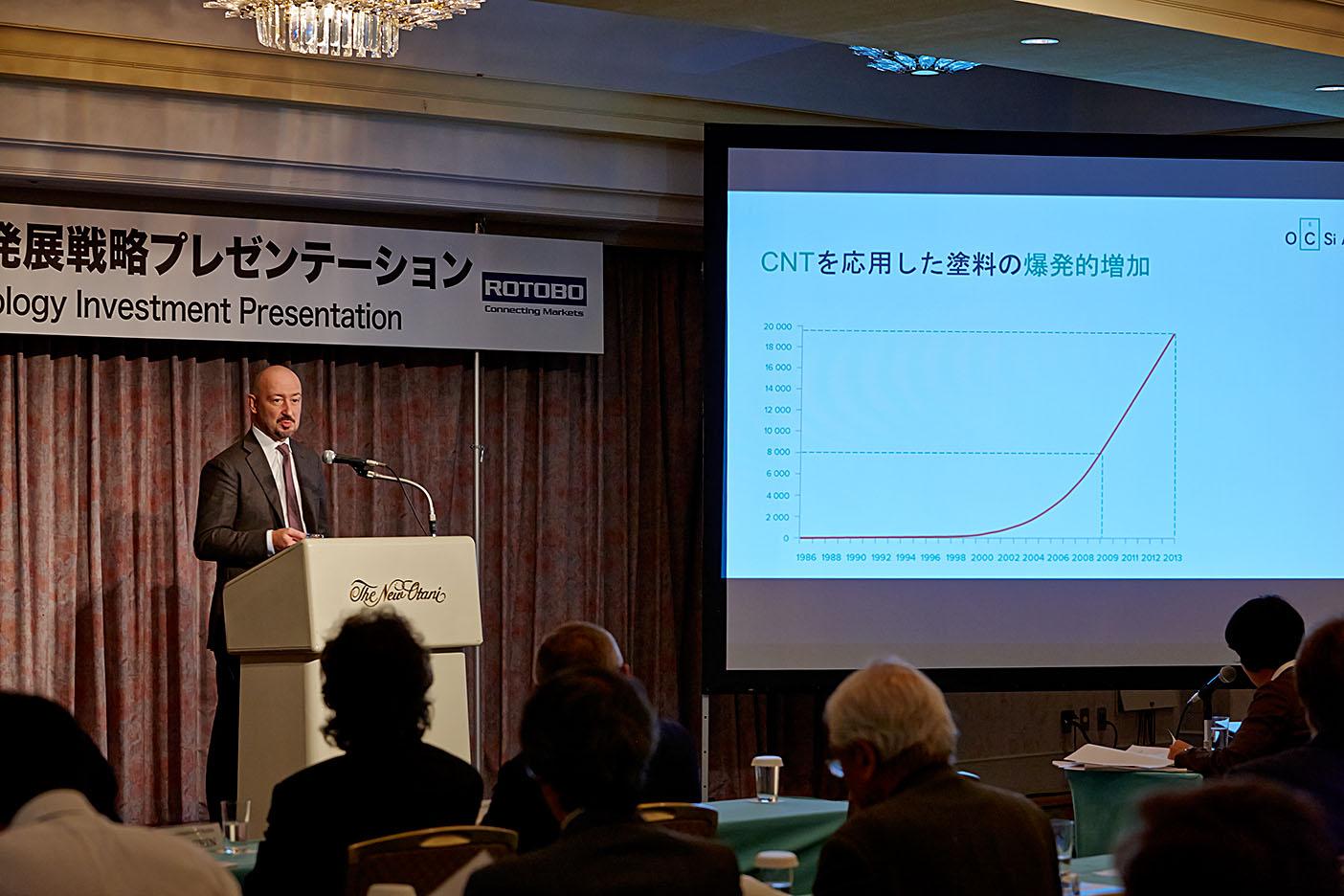 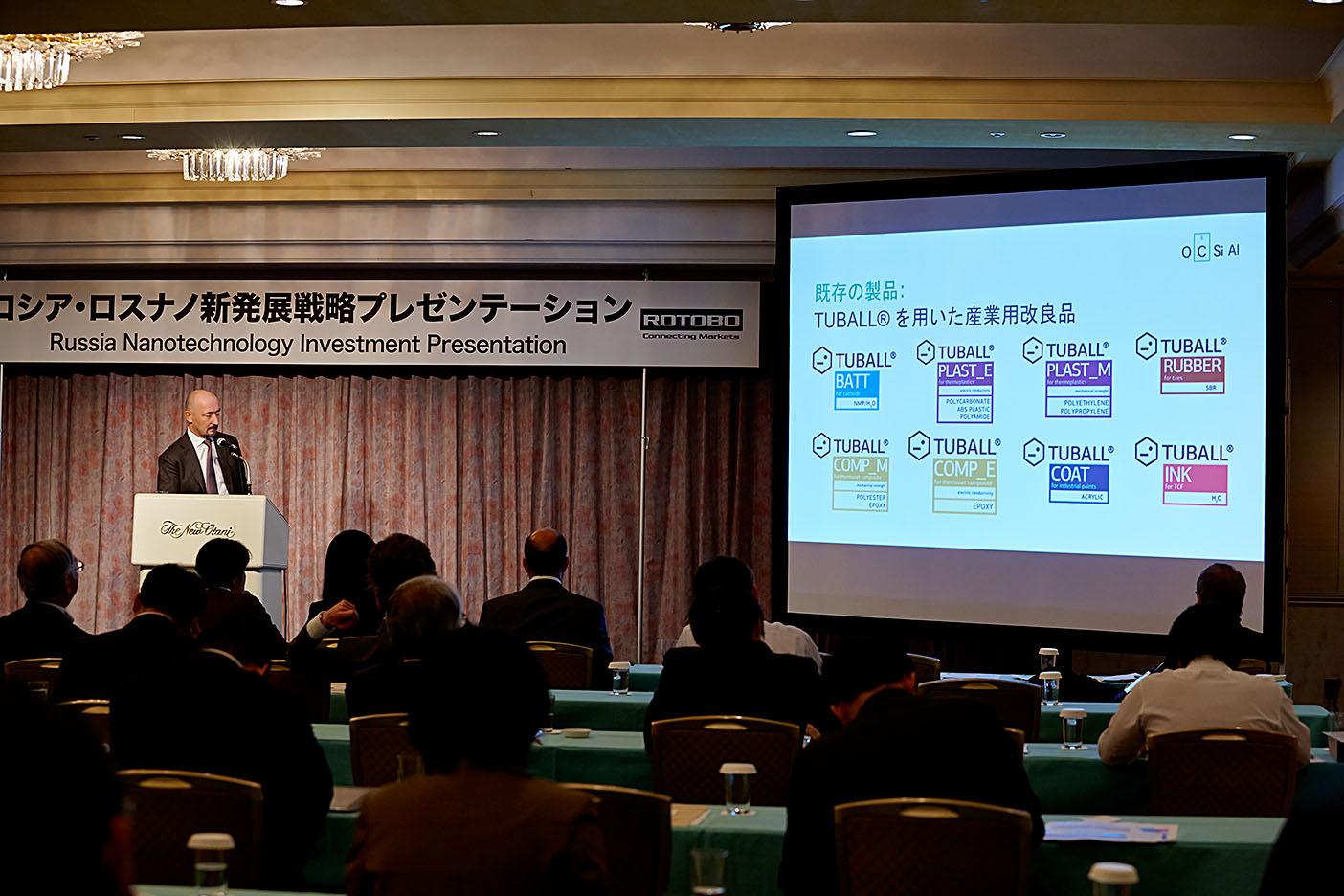 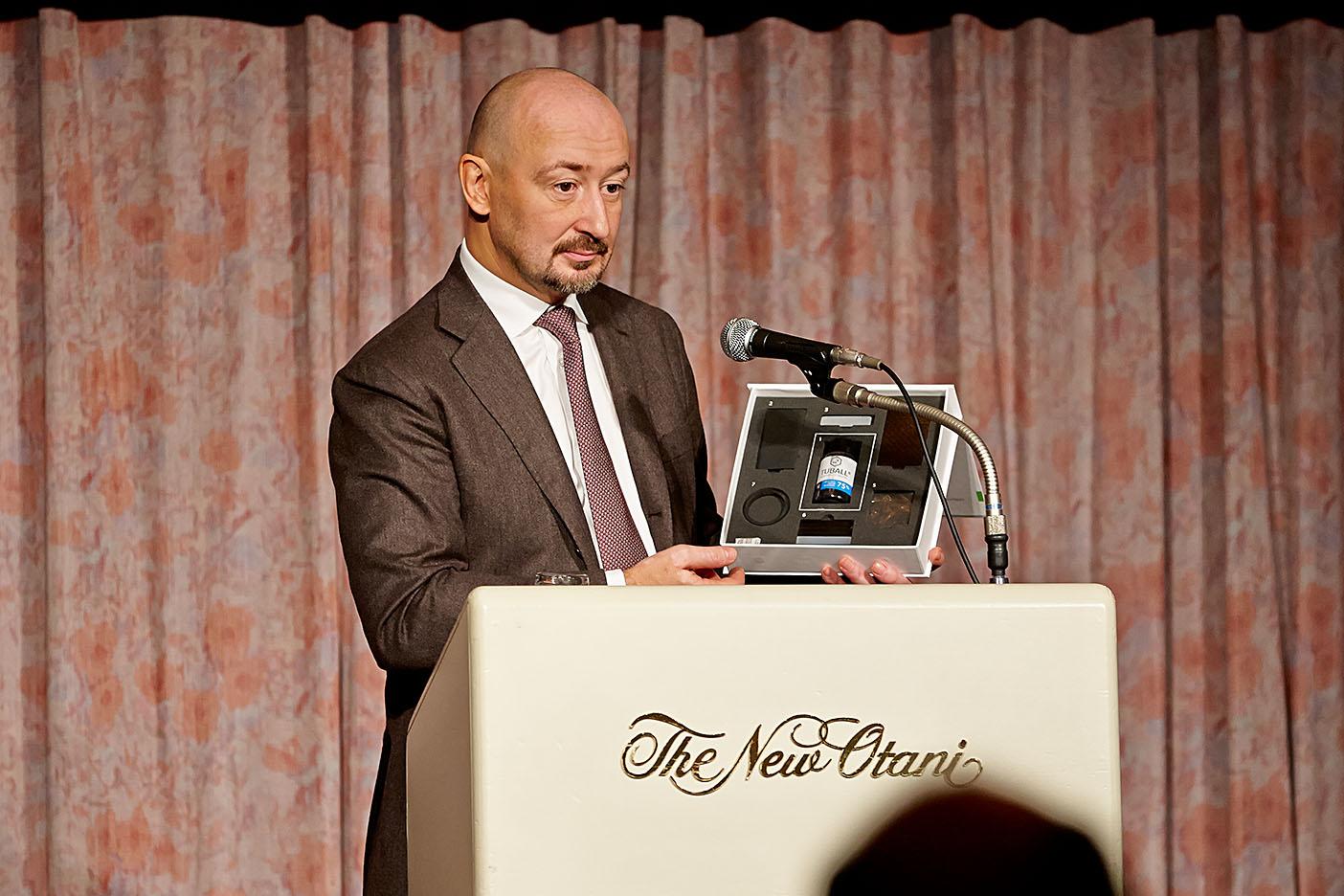